In the simulation, agents represent people who are members of the population. Like people, agents have personal characteristics, like gender and age, and are grouped in realistic households. Agents in the simulation population transition through the model states based on probabilities specific to the agent and the current state. Agents in the Nonuse state do not use opioids of any kind. Agents in the Prescription Opioid Use state have been prescribed opioids medically. Agents in the Misuse state are users of opioids that have not been obtained with a prescription or those with a prescription who use illicit opioids but are not dependent. Agents in the Opioid Use Disorder (OUD) state have opioid dependence that interferes with daily activities. Agents in the Treatment state represents agents who had opioid use disorder and are receiving medication, mainly buprenorphine. Those who misuse opioids or are dependent (OUD) can overdose. Overdoses can be either fatal or nonfatal. Agents in all states also may die from non-overdose related causes at rates dependent on their model state. Those in OUD can have a higher mortality risk in addition to overdose deaths, due to other comorbidities, such as viral hepatitis or HIV infection.

Return to the simulator. 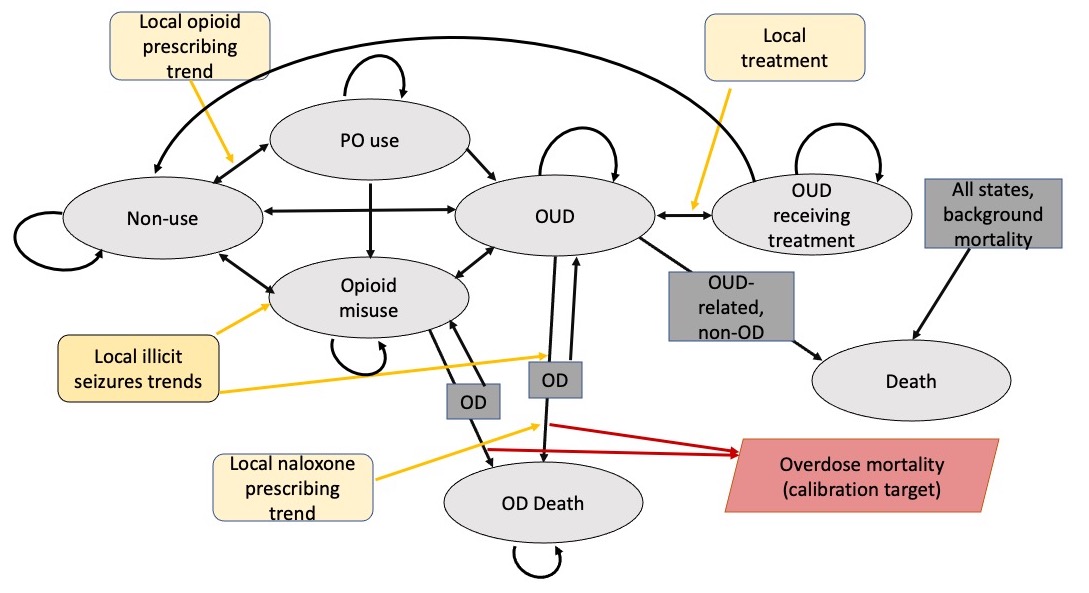